The activities of BIKE are organised around four case studies, representing two value chain types that match the definition for additionality, as defined by the Delegated Act of the European Commission 2019/807, supplementing the RED II Directive.

This value chain will analyse biomass feedstock options that can be cultivated on unused, abandoned or severely degraded land. 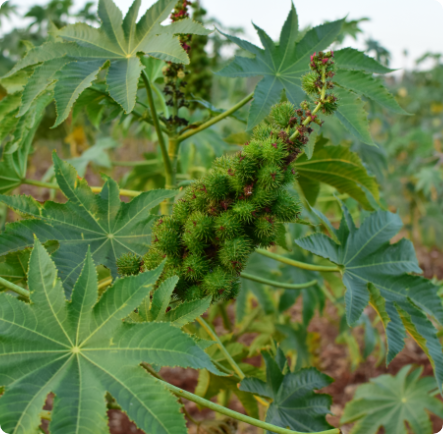 Sicily (IT), Tunisia and Greece

Castor (Ricinus communis) is a perennial flowering plant indigenous to the south-eastern Mediterranean area, and widespread in tropical regions. It can be cultivated in arid and semi-arid land and the seeds have an oil content of about 50%.

HVO) – hydrogen is added to the vegetable oil to convert unsaturated compounds such as alkalenes and aromatics that are chemically unstable, into more stable and less reactive saturated alkanes (paraffins).

HVO from castor bean can be a sustainable solution for green diesel production, to be used in light-duty and heavy-duty vehicles, in addition to upgrading to produce sustainable aviation fuel. 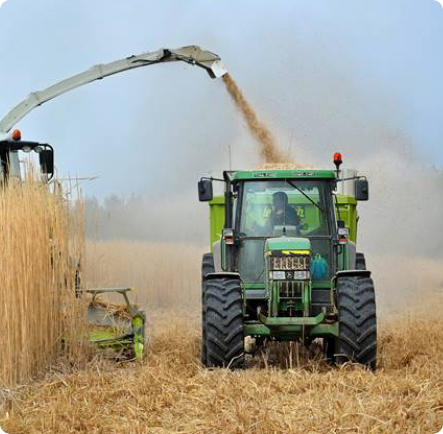 Hydrolysis and fermentation of lignocellulosic biomass for ethanol production.

Lignocellulosic ethanol is an advanced biofuel that can be used in light-duty and heavy-duty vehicles, with significant potential for reduction of GHG emissions when compared with fossil-based fuels and also with conventional grain-based ethanol.

The second value chain concerns crop options that can have increased yields through improved agricultural practices. 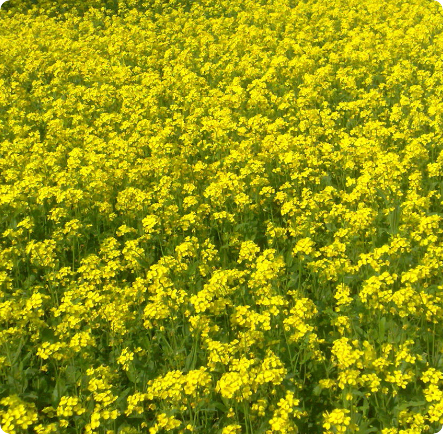 Brassica carinata (Ethiopian mustard) is an oilseed crop that can be grown in rotation with conventional food crops, as an additional high biomass cover crop, during seasons when the land is not typically in productive use for the main crop. It produces both oil for biofuels and protein for animal feed.

Hydrotreated Vegetable Oil (HVO) – hydrogen is added to the vegetable oil to convert unsaturated compounds such as alkalenes and aromatics that are chemically unstable, into more stable and less reactive saturated alkanes (paraffins).

Light-duty, heavy-duty vehicles and sustainable aviation fuels. The production of this biofuel is already certified as “low ILUC risk” by the Roundtable on Sustainable Biomaterials and by ISCC. 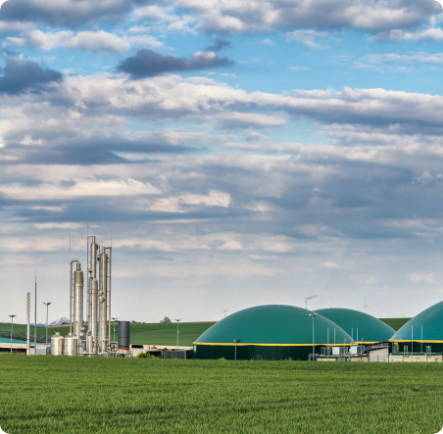 Double cropping with a primary crop for food or feed and a secondary crop for energy production with crop rotation. The BDR model, based on cover cropping, ensures year-long covered soil and improves the soil quality for the main crop.

Production of biogas through BDR model in decentralized plants, injection of biomethane into the grid, and further processing in centralized biomethane-to-liquid conversion plants for F.T. diesel or MeOH production.

BDR ensures the sustainable production of biomethane, avoids soil erosion and nitrogen emissions, in addition it increases the availability and use of organic fertilizers. The conversion to liquid of biomethane can produce diesel or gasoline substitutes to be used in light-duty or heavy-duty vehicles and kerosene as a sustainable aviation fuels.

Find out more about the
Project activities

Read more
XWe use cookies on our website to give you the most relevant experience by remembering your preferences and repeat visits. By clicking “Accept”, you consent to the use of ALL the cookies. In case of sale of your personal information, you may opt out by using the link Do not sell my personal information. Read MoreRejectAcceptCookie settings
Manage cookie consent

This website uses cookies to improve your experience while you navigate through the website. Out of these cookies, the cookies that are categorized as necessary are stored on your browser as they are essential for the working of basic functionalities of the website. We also use third-party cookies that help us analyze and understand how you use this website. These cookies will be stored in your browser only with your consent. You also have the option to opt-out of these cookies. But opting out of some of these cookies may have an effect on your browsing experience.
Necessary Sempre abilitato
Necessary cookies are absolutely essential for the website to function properly. These cookies ensure basic functionalities and security features of the website, anonymously.
Functional
Functional cookies help to perform certain functionalities like sharing the content of the website on social media platforms, collect feedbacks, and other third-party features.
Performance
Performance cookies are used to understand and analyze the key performance indexes of the website which helps in delivering a better user experience for the visitors.
Analytics
Analytical cookies are used to understand how visitors interact with the website. These cookies help provide information on metrics the number of visitors, bounce rate, traffic source, etc.
Advertisement
Advertisement cookies are used to provide visitors with relevant ads and marketing campaigns. These cookies track visitors across websites and collect information to provide customized ads.
Others
Other uncategorized cookies are those that are being analyzed and have not been classified into a category as yet.
Salva e accetta